Anemoi is a global provider of
proven wind technology, driving a
more sustainable future for the
shipping industry

Driven by invention and motivated by environmental protection, we support the winds of change.

What are Rotor Sails?

Rotor Sails, originally known as Flettner Rotors, are an energy saving technology for the shipping industry. These modern mechanical sails are comprised of tall cylinders which, when driven to spin, harness the renewable power of the wind to propel ships. As a result, this additional thrust significantly reduces fuel consumption and lowers harmful emissions entering our atmosphere.

Every year the shipping industry releases almost a billion tonnes of CO2 into the atmosphere. Like many other organisations in the industry, Anemoi would like to see this figure reduced dramatically and one day removed all together. To achieve this goal, industry parties need to join forces to develop and adopt emission reduction solutions.

Anemoi Rotor Sails can reduce emissions by up to 30% and, with our patented Deployment Systems, be installed on most merchant vessels. Our mission is to help create a sustainable future for the shipping industry by rolling out this proven wind power technology across the global shipping fleet.

The history of Anemoi

Our Rotor Sail story begins with a group of industry professionals. Having witnessed first-hand the rising emissions caused by shipping, they set out to develop a technology that would provide a more sustainable future for the industry. Various technologies were assessed during this period. Following technology evaluation, Flettner Rotors demonstrated the most potential and were selected for further development.

R&D of the Rotors involved wind tunnel and scale model testing. The full-scale proof of concept took place in 2009. Anemoi built its full-scale test facility in the UK with a highly instrumented prototype with our patented Folding Deployment System. This testing facility harvests valuable data to verify thrust performance and is an R&D hub for continual development and optimisation. Following successful technology development and prototype testing, Anemoi Marine Technologies Ltd. was incorporated after the firm support and vision to install our Rotor Sails on board globally trading commercial vessels.

Candidate vessel, m/v Afros, was selected for the pilot installation, leading to the development and production of Anemoi’s Rotor Sails with patented Rail Deployment Systems. 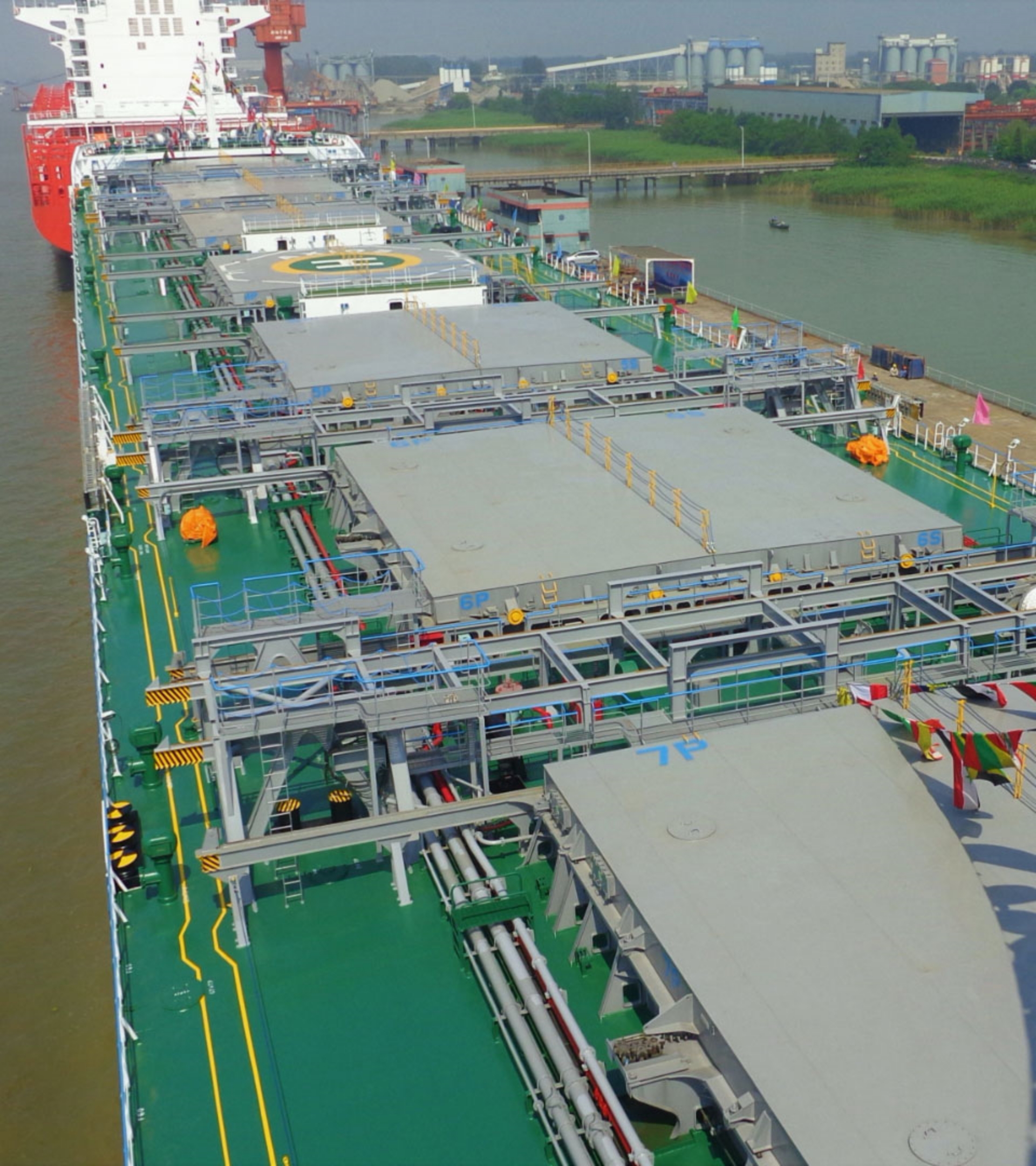 Product certification from Class was achieved for Anemoi Rotor Sails.

Class plan approval and vessel integration work for both the m/v Afros and m/v Axios was completed with longitudinal and transverse Rail Deployment respectively.

The m/v Afros was delivered with 4 Rotor Sails and Rail Deployment. The vessel set sail on her maiden voyage from China to Australia. This was the first installation on a Dry Bulk Carrier and went on to win numerous international industry awards. After successful sea testing of Rotor Sail performance and operations, Anemoi’s growth has continued with the development of its senior management team, with a focus on commercialising the technology and go-to-market strategy.

Following significant market interest from owners and key industry stakeholders, Anemoi is continually expanding as we prepare for volume production and technology roll out, while optimising the performance and cost-efficiency of our product portfolio. Shipping faces critical challenges now and in the near future. The International Maritime Organisation’s initial GHG strategy and framework for emission reduction by 2050 will catalyse the industry’s focus on energy efficiency and emission reduction. Kim, who joined Anemoi in November 2019, has a proven track record of successfully commercialising businesses in the Marine, Oil and Gas industries. Kim was educated at the Fanø Marine Academy, where he was certified as a Master Mariner and went on to be a Chief Officer for a large ship management company. He then turned his focus to the commercial aspects of the industry, retraining at Aarhus University and moving into sales, business development and later into Chief Executive roles.

Specialising in business expansion, strategic development and opportunity identification, Kim utilises his Marine background to take a hands-on approach to leadership. He is pleased to be taking Anemoi on its journey to commercialisation, with an innovative, forward-looking product. As a Dane living in London, Kim enjoys showing his family the London sights as well as exploring the countryside with nature walks and visiting historical landmarks. Clare joined Anemoi in early 2020, bringing her extensive commercial knowledge from a range of industries. After attending the University of Sheffield, Clare formally trained with one of the big four accounting firms and has gone on to hold numerous executive and non-executive positions in the retail, manufacturing and healthcare sectors. Having not worked in the shipping industry before, Clare is enthusiastic about the new and exciting challenge that Anemoi poses. She is motivated by the collaborative, start-up culture and the huge opportunity to take the business from Research and Development to full commercialisation.

When she’s not in the business, Clare enjoys spending time with her family, property interiors and exercising. She has a keen interest in animal conservation and says that Anemoi’s eco-friendly mission is her opportunity to give back to nature.

Nick is a Chartered Engineer with a degree in Engineering from the University of Exeter. He has over 15 years’ experience across multi-disciplinary engineering and shipping sectors, with a proven track record of delivering complex engineering projects in Europe and the Far East. Nick is one of the founding members of Anemoi which he took a lead role in setting up, following an established career working at a prestigious ship owning company and as a consultant at some of the world’s largest providers of professional and technical services.

Nick is extremely passionate about innovation and the environment, so delivering renewable wind propulsion solutions to the shipping and maritime sector is a perfect fit as the industry looks for sustainable ways to operate and lower its environmental impact on the natural world. Luke joined Anemoi as Technical Director in August 2020. He previously led a team of 30 engineers in a multinational design consultancy, where he gathered 20 years’ experience designing large, high-strength, lightweight structures in composite materials for marine and wind energy applications. Luke is a chartered engineer with a Masters degree in Engineering from Cambridge University.

Sailing is Luke’s passion; he has sailed around the world in a 35’ yacht and won several national and European championships in racing dinghies, so he understands the power of harnessing the wind at sea, as well as the unique challenges of the marine environment. Luke strongly believes that Rotor Sail technology can substantially reduce the environmental impact of shipping and is committed to helping Anemoi make that happen.

Anemoi Board of Directors

Dimitri Goulandris
Chairman of the Board

Dimitri set up and runs The Cycladic Group, an investor in, and creator of businesses.  Founded in 2002 to invest capital on behalf of his family and other investors, the Group has invested in over 40 businesses and founded eight in the U.S., Europe, India, Africa and Latin America.

He previously worked in private equity for Whitney & Company and Morgan Stanley having graduated with an MA and BA in Electrical and Information Sciences from Cambridge University, an MBA from the Harvard Business School. He also successfully completed the Singularity University Executive Programme.

Dimitri is an active board member and investor to a number of other emerging companies, in addition to being actively involved in non-for-profit organisations. He is passionate about children’s mental health and learning differences and spends significant time focusing on this area both on a for-profit as well as a charitable basis. He lives in London with his wife, Christina, and their three children.

Alex has served on Anemoi’s Board since 2017. He provides wealth management and investment advice as principal at Kallisto Wealth & Investments, a Multi-Family Office.

Alex is a Chartered Financial Analyst (CFA) charterholder and studied Philosophy and Neuroscience at Brown University, Biophysics at Johns Hopkins and holds an MBA from INSEAD. Earlier he worked as a research scientist at Thinking Machines Corp. Alex enjoys hiking and astronomy.

Duncan is an accomplished engineer with varied experience in delivering complex engineering projects. He studied General Engineering at Cambridge University before spending 14 years working for a major international Engineering Consultancy where he took on roles of increasing responsibility and technical complexity in buildings, masts, towers, bridges and complex moving structures. Later, Duncan worked as the technical lead on Anemoi’s pilot projects; the m/v Afros and m/v Axios. Duncan is passionate about innovation and the adoption of green technologies to address today’s environmental challenges. Green4Sea ‘Dry Bulk Operator’ for the installation on m/v Afros

See how much you could save

The first step in understanding the potential of Anemoi Rotor Sails for your vessel is for us to undertake a fuel and emission saving assessment. By sending us some specific information about your vessel(s), we can provide a bespoke Rotor Sail arrangement and estimate of your potential savings.

By clicking Accept I consent to Anemoi’s use of Cookies